Glass Armonica
In 1761 Benjamin Franklin was in London representing the Pennsylvania Legislature to Parliament. Franklin was very interested in music: he was a capable amateur musician, attended concerts regularly, and even wrote a string quartet! One of the concerts Franklin attended was by Deleval, a colleague of his in the Royal Academy, who performed on a set of water tuned wineglasses patterned after Pockridge’s instrument. Franklin was enchanted, and determined to invent and build ‘a more convenient’ arrangement.
– http://www.glassarmonica.com/ 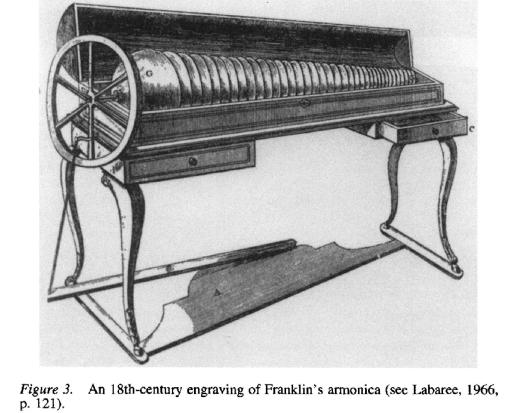 Glass Research Tags
Back To Top